New regulations have just come in which may kill fetish production in the UK. Excuse me while I have a bit of a rant. Please forgive me if this is less carefully considered than my usual posts.

The new regulations pertain to “TV-like” video on demand services where editorial control rests in the UK. The UK has chosen to define that much more broadly than other EU countries, and have now decided to censor much more heavily than other countries as well.

It has just become illegal to provide material which does not fall within the “R18” guidelines- a patchwork of outdated, arbitrary, misogynistic and paternalistic crap whose attitudes are held over from the Victorian era.

But as of 1st December, it is no longer legal for a UK production team to show it to you.

If you downloaded exactly the same material from a non-UK based site it would be legal for them to sell it to you and legal for you to buy it, watch it and keep it.

What the actual fuck?

Apparently, the censor father figure has decided that women don’t ejaculate, so you’re not allowed to show that in case it is urine. Because of reasons. And that you can’t eat it, because presumably the male censors are a bit threatened by that. But swallowing semen is just fine (presumably because that’s the right way around- women should be taking it?) You can’t show a woman sitting on a man’s face because you poor innocents might not realise that he could suffocate, try it at home, and die. But of course it is OK to show a girl having her air cut off during a blowjob, because of … well… ummm… reasons.

The absurdities go on and on.

Apparently, bondage is OK and gags are OK but bondage plus gags are not because it might not be clear to the viewer that the person tied up can still withdraw their consent. So how did this scene get passed as 18 (not even R18):

I can’t see any way for Bruce Willis or Ving Rhames to withdraw their consent, do you? But the censor didn’t worry about that scene because of… well… reasons.

We’ve shot over 2500 photosets and videos with gags and bondage over the last 14 years with exactly zero trips to the hospital. That’s a pretty good safety record. We have evolved a professional way of working to ensure that tied up people are not only still consenting, they are still comfortable, and they are still OK for the scene to continue. 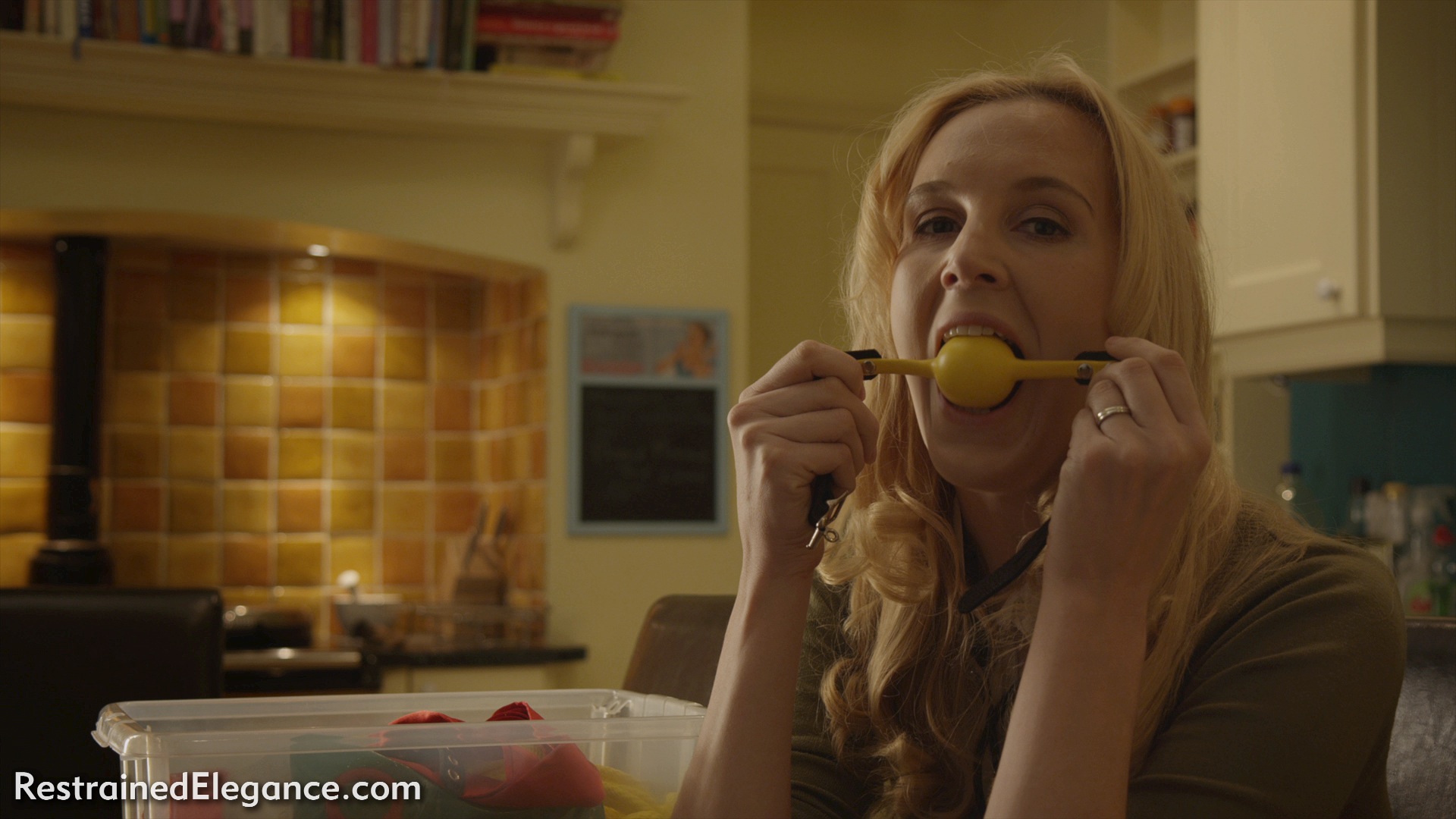 Ariel, by contrast, has been gagged and bound in a professional work setting literally thousands of times. But of course, she’s only a girl so she can’t be any sort of judge of what’s safe or not. The big brother censor knows better than her.

Here is our video explaining how we do it:

Spanking is out unless it is temporary and trifling- an arbitrary distinction which the father figure censor knows (but won’t define clearly for you, natch). Of course, the performers themselves- professionals who have FAR more experience of spanking than anyone else- cannot be trusted to set the levels or decide for themselves what constitutes acceptably temporary marks from a spanking. Some of them are only women, you know, and a lot of the rest might be homosexual. Of course those people don’t know their own bodies or their own minds. The paternal censor knows best.

I hereby propose we ban all sports where anyone has ever received a serious injury from video on demand services. Because someone might decide to play rugby and hurt themselves. So that’s bye-bye cricket, soccer, formula one…. Why can these professionals be allowed to decide acceptable risks for themselves when professional spankees cannot?

This is the thread running through every line and fibre of the regulations and the organisations which enforce them. The idea that the people who do this for pleasure, or for a living, cannot possibly know better than the father figure censor what is acceptable, what is safe practice, what they want to do and what they want to have done to them.

This is called denying their agency- telling them that they cannot possibly know their own mind or make their own minds up. Because father figure censor knows best.

What the actual fucking fuck?

Won’t someone think of the children?

This will do exactly nothing to stop under-age people seeing this material because they will seek it out on free pirate sites anyway. I guarantee you they are NOT joining websites with a debit card!

How does this affect Restrained Elegance?

As with everything else to do with the censor, we don’t know. Restrained Elegance is operated under licence by a company registered in and based in the USA, as it always has been.

But a lot of our production is done in the UK.

Expect to see a lot of smaller hobby-level sites based in the UK close down.

We will not be pre-emptively stopping production.

When this first came up a year or so ago, we said we might move out of the country rather than stop running the site. But we’ve just moved house to a place we love, and DAMNED if we’re going to be forced out of the land of our birth by some pre-historic idiocy from the censor!

We are determined to continue doing what we do.

We’re delighted to say that we just won “Best Website” award at the 2014 Kiel Fetish Film Festival. It is a damn shame that the UK’s barbaric anti-porn laws have overshadowed what should have been a very proud day for us.

This is the important petition- enough signatures and the government is required to respond. Please help us repeal these Medieval regulations.
Sign UK government petition.

4 thoughts on “The cold, dead hand of the censor”